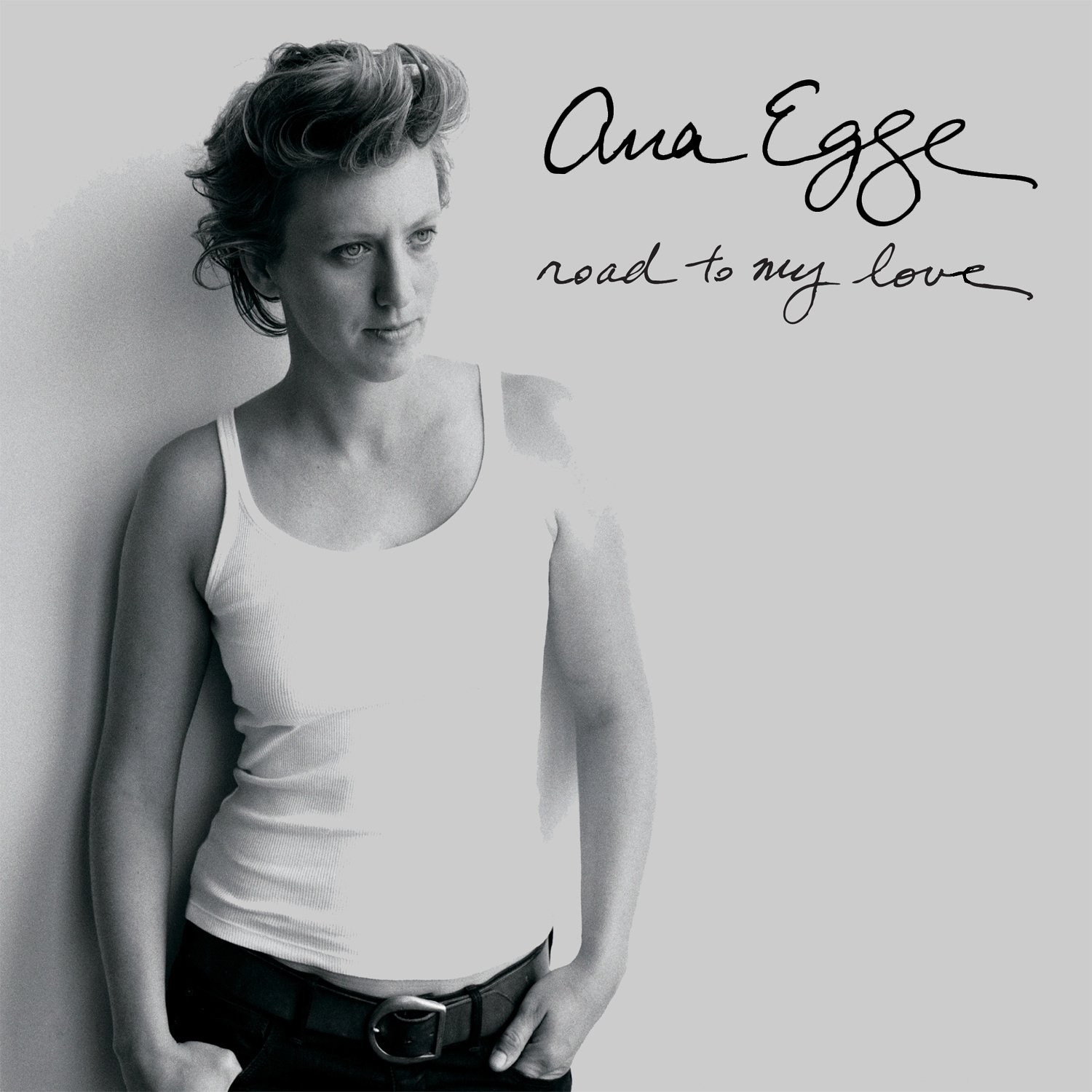 In Robert Frost's iconic poem "The Road Not Taken," the narrator looks back wistfully on a lifetime of choices and how the "road less traveled . . . has made all the difference." Ana Egge has been forging her own path for over a decade now. In the tradition of her parents, who Ana says were "motorcycle-riding hippy farmers in North Dakota, who created the unconventional life they wanted," Ana's path as an artist has been much the same -- challenging herself to follow her instincts rather than trying to fit into any particular mold. This honest approach has produced an impressive body of work and earned Ana a reputation as a musician's musician, with unforgettable live performances and lyrics that paint vast landscapes and stories in her singular style. It's no wonder she's been compared to legends like Joni Mitchell, Linda Ronstadt, and Bonnie Raitt. But, perhaps USA Today said it best when they wrote, "[Ana] can write and sing rings around" her contemporaries.

Road To My Love, Ana's most personal body of work to date, demonstrates why going her own way has been well worth the inevitable bumps on the road. "The experience of working on this record was such a struggle for me at first because the songs are so intimate and I felt exposed laying my life out there in the open. Musically too, I felt like I was heading into uncharted territory from my early records." But Ana says after hearing the finished record, "I actually felt relieved that it was all out there and that the result was so beautiful and fresh." Road to My Love is a rich collection of victories and heartaches, examined moments and haunted chance-encounters. 17 years and 6 albums into what promises to be a long, bright career, Ana offers further proof that she has earned her place among the most naturally gifted musicians of her generation.


With Road To My Love, Ana delves into her family history in "Farmer's Daughter." Over the lonely call of the pedal steel, she lets us share in the tender, exposed, and desolate feeling of being alone on the prairie. She confronts fidelity and trust in "Quitting Early," taking a note from Joni Mitchell with a sophisticated, jazz-inflected take on the precariousness of modern relationships. She shares a beer with a veteran, just back from the war, who bares his soul in the wistful "Carey's Waltz," and is blindsided by a tempestuous but irresistible relationship in "Storm Comin'." The warm harmony vocals of Trish Klein amp; Frazey Ford of The Be Good Tanyas on "More Than A Day" are a perfect match for this '60's inspired soul song. Finally, Ana carries it home to her American roots with a haunting rendition of "Swing Low, Sweet Chariot" that puts her peerless vocals and virtuosity on the resonator guitar on full display.


Road To My Love was co-produced by her longtime collaborator, Jason Mercer and includes many of Ana's friends and favorite musicians from across North America, including: Steve Moore (Sufjan Stevens, Laura Viers), Michael Jerome (Richard Thompson, John Cale), Frazey Ford amp; Trish Klein of The Be Good Tanyas, Adam Levy (Norah Jones) and Tony Scherr (Bill Frisell, Feist). "I couldn't have asked for a better group of musicians to play with" Ana says in her low-key, humble way, "It really makes this record stand out from all my previous work."

To All A Good Night Santa Fabric Panel

WE HAVE A GREAT RANGE OF DISNEY FABRIC
FROM ONLY £9.99 PER SQ METRE

KEEP WARM WITH OUR RANGE OF FLEECE MATERIAL
FROM £5.50 PER SQ METRE

We are a family run fabric shop in the wonderful spa town of Harrogate, We have been here for over 50 years supplying fabric to the people of Yorkshire, our fabric experience spans two generations giving us a great understanding of fabrics and haberdashery.

We started sending fabric by mail order over 25 years ago and still send out our little catalogue, but 10 years ago we found a little area on the world wide web and The Remnant House Fabric online was live, since then the website has grown and we offer all types of fabric, dress fabric, quilting fabric, furnishing fabric and much more.

Our stock changes regularly so if you don’t find what you would like please contact us or sign up to our newsletter which will keep you informed of our new products.

We use cookies to ensure that we give you the best experience on our website. If you continue to use this site we will assume that you are happy with it.Yes, I Accept